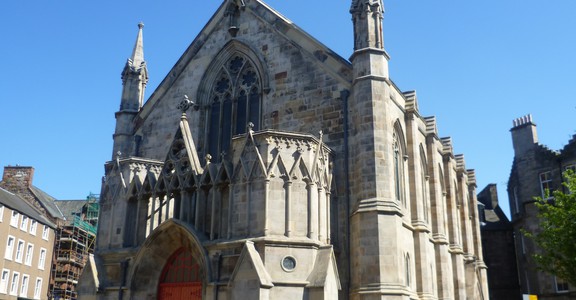 Please note that you do not have to be a member of Bedlam Theatre to attend meetings, however, if you would like to vote or propose a show (amongst other great perks such as reduced ticket prices and access to social events) then you can purchase membership at meetings or when the building is open for a fee of £5.

On Tuesday, April 22nd at 2pm on the Bedlam Stage we shall be hosting the first Extraordinary General Meeting of the New Committee. In order to ensure the prompt start of the meeting, we would ask that you turn up at 1.30pm for sign-in.

The following matters will be voted on: • IT Amendment • IT Systems Manager Election • Revote on Conversion Season Extension • Extraordinaries

Proposed IT Amendment AMEND 4.1: The EUTC shall be administered by a permanent committee of eleven members: President (who shall also act as Friends of Bedlam & Alumni liaison officer), Secretary and the Business, Productions, Set, Theatre, Wardrobe, Entertainments, Technical, Marketing & Front of House Managers. The Fringe Venue Manager will also hold a voting committee position. The Company may designate any additional members of the Committee and positions may be created as seen fit by the Company at a General Meeting. The President shall hold the casting vote in all balloted decisions. ADD 4.5: Any IT equipment and software owned/operated by or relating to the EUTC and Bedlam Theatre’s activities shall be administered, monitored and maintained by members of an IT Sub-Committee which will consist of at least one member. At least one member of this sub-committee will at all times have been appointed by a vote of the company at a company meeting or general meeting of the company. The IT sub-committee may then appoint additional members as they themselves see fit, subject to ratification by the company at a Company or General meeting. All members may be subject to a vote of no confidence from the company. One member of the IT sub-committee will attend one committee meeting per fortnight. Members of committee or the projects sub-committee may additionally hold a position on the IT sub-committee

IT Systems Manager Election The committee position of IT Systems Manager will be reopened for nominations at this Extraordinary General Meeting. To stand, you must have someone nominate you and a further person to second the nomination during the General Meeting. For more details on these positions, you should contact the current position holder (who’s emails can be found here) or Carolyn Doyle, President at president@bedlamtheatre.co.uk.

Revote on Conversion Season Extension As quorum was not reached during the previously held vote for this there will be a revote. The proposal is to extend the conversion beyond Week 6 of next semester to potentially include an additional Lunchtime and Mainterm before being converted back for the week 10 Fresher’s slots.

Proxy Votes: Should you be unable to attend the Extraordinary General Meeting, you can request a proxy vote by emailing secretary@bedlamtheatre.co.uk before 5pm on Monday, April 21st, 2014 stating the reason you cannot attend and your nominee. Your proxy must be approved at the beginning of the EGM meeting.

If you have any questions regarding this matter or Bedlam Theatre and the work of the Edinburgh University Theatre Company in general please do not hesitate to get in contact with any member of the committee by emailing: committee@bedlamtheatre.co.uk